The benefits of SSD over HDD

VDX1, the little engine that could

Vinpower’s VDX-1 mini-autoloader, is the small, inexpensive, powerful tool that you wish you knew about sooner…

The iXflash can be extremely useful in an emergency

Optiarc is no stranger to the data storage industry. Originally established in 2006 as a joint venture between Sony and NEC, Optiarc combined the technologies and expertise of its parent companies to provide some of the best optical drives in the world. Sony soon took over NEC's share of the company, making it a wholly-owned subsidiary. By 2013 though, Sony would be forced to shut Optiarc's doors. Despite having a 15% market share, increased competition from overseas manufacturers had forced the price of optical drives down to unsustainable levels. Thankfully, Optiarc's story does not end there. In 2017, Vinpower Digital acquired rights to the brand and re-launched it with a new series of DVD writers.

The 128GB iXflash Apple iPhone flash drive was chosen to be included in the popular radio and podcast technology talk show, Into Tomorrow with Dave Graveline. 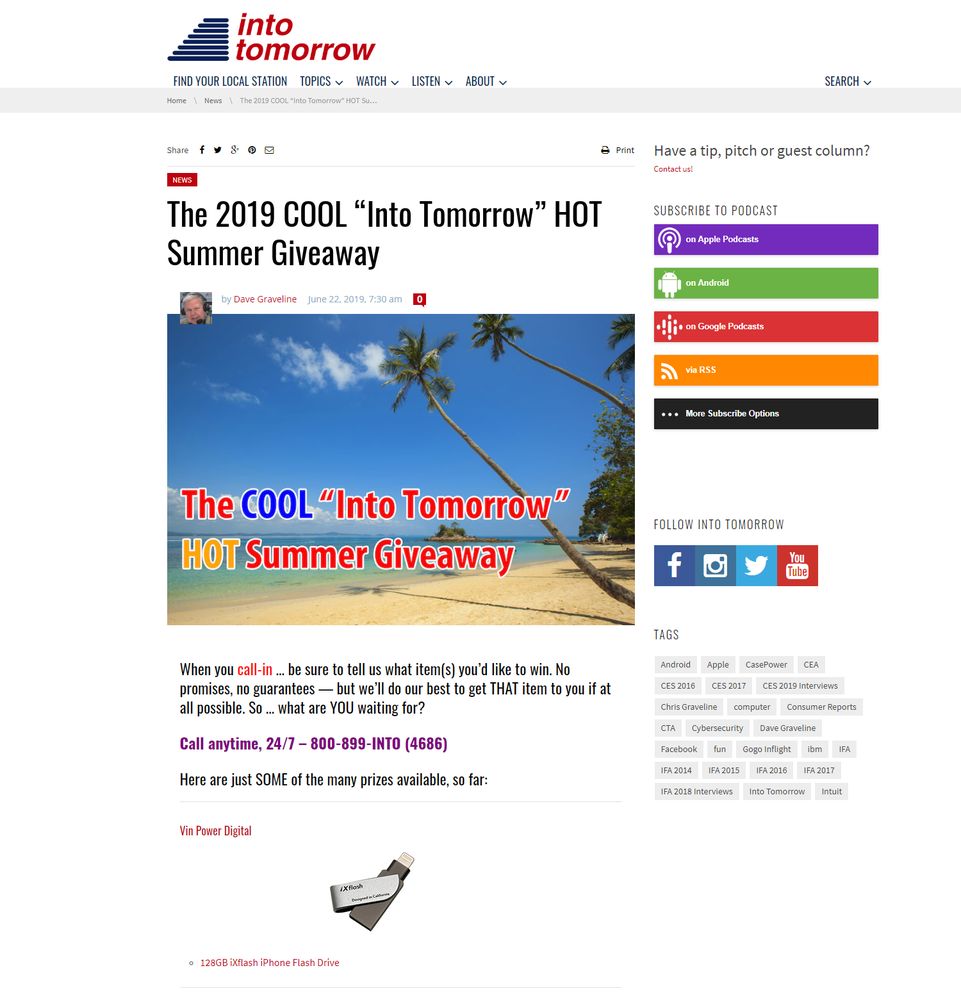 Since their introduction in late 2000, I have collected a whole host of flash drives to use for a variety of purposes. The USB-A male connector was the original link to my computer, and it continues to be the anchor for most such devices. Many other changes have been added over the past 19 years, and this is a review of a great new version.

Vinpower’s acquisition of ACARD will allow it to both advance its own duplication product line, as well as provide continued technical support for ACARD’s existing global customer base.
Mar, 11 2019
Read more »

At COMPUTEX 2017, Vinpower Digital had a number of optical storage products on display, including new drives from Piodata, Plexdisc and Optiarc. Yes, thanks to Vinpower, the Optiarc brand is back in a big way with its 5200 series of DVD writers. The line includes the 5290S and 5290S-PLUS which are capable of 24x DVD±R, 8x DVD±R DL, 8x DVD+RW and 6x DVD-RW writing speeds and a maximum DVD read speed of 16x. The two drives are also built using the true Japanese design and parts lists for a stronger and more reliable system.
Jun, 19 2017
Read more »
Are you a member of news media?